We are entering the scorching days of summer with markets coming off their best July in years. There is some hope that the lows set in June will be “bottom lows” and markets can return to their prior bullish bias.

Much skepticism remains that it is that simple: the markets have apparently already anticipated a slight recession, but nothing more serious; the 2/10 yield curve has inverted a little deeper than last time; The CPI will be released next week, providing a fresh clue on where inflation is headed and what the Fed might do at its September meeting. If all goes well, maybe all the optimism is justified.

There are a lot of ways this rally can run out of steam. The main concerns are business revenues and profits. All things considered, they held up pretty well. Investors appear to be counting on earnings to remain robust even if the economy suffers a short and shallow recession.

Consider the Yardeni chart (top) showing earnings surprises: Despite a variety of economic and geopolitical negatives, earnings have held up relatively well. (Also income). And given that we’re about 3/4 through the end of the Q2 earnings season, the odds of further surprises tend to go down (the biggest upside/downside surprises tend to be announced in advance).

I’m not worried about second quarter earnings, but rather about third quarter: as we’ve discussed many times, consumers and businesses have shown continued strength throughout the first half of the year. . The concern is the impact of the FOMC’s aggressive tightening cycle. The dynamic effects of these changes were not felt during the first two quarters of the year. The back-to-back negative GDP impressions were more a technical combination of inventory building, trade, a strong dollar and high inflation than an actual contraction in economic activity.

September is when we got to see some pretty ugly pre-announcements. It’s a little too good to expect another revision to the lows in October as excessive FOMC tightening impacts corporate earnings, but it’s certainly a possibility.

I noted near the lows in June that I “The opposite in me is just starting to want to buy here, but it’s not a full-throated “must have some” like 2020 or 2009.” I suspect the possibility of a grand trade entry exists somewhere. The end of the second term or the beginning of the third term are possible dates, depending on how things are going.

In the meantime, the Dog Days of Summer are here. Enjoy it while you can… 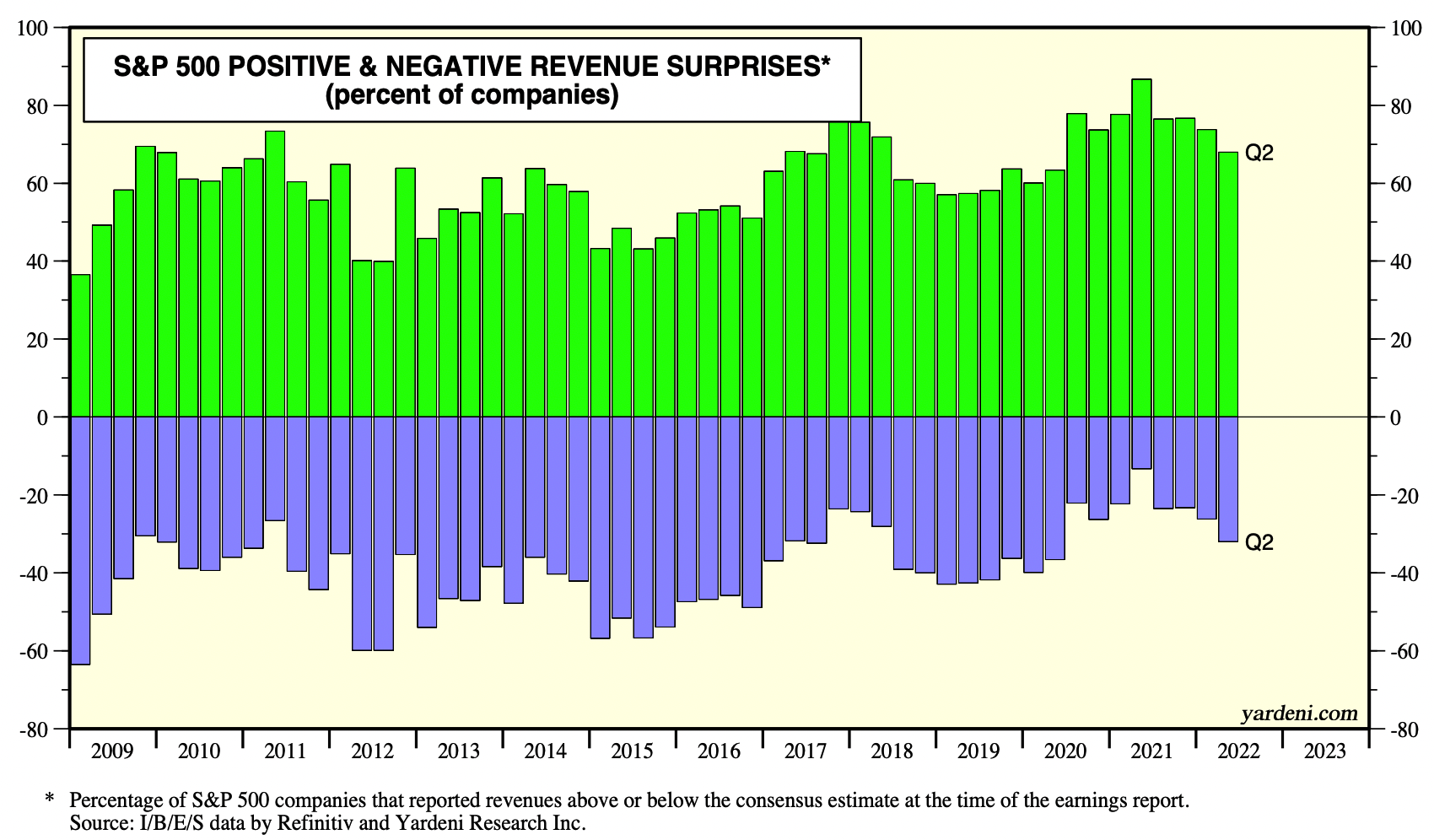